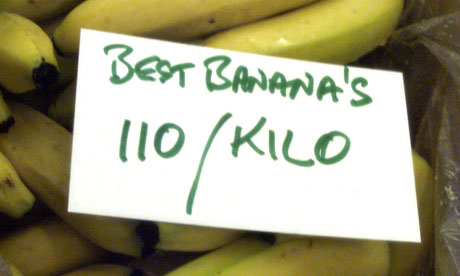 The apostrophe should not be used to make nouns plural. It is instead intended to allow nouns to show possession.  We make singular nouns possessive by adding an “apostrophe s,” and we make plural nouns, that don’t end in an “s,” possessive also by adding an “apostrophe s”.  If a plural noun already ends in an “s”, and they usually do, we just pop on an apostrophe after the “s” to make it possessive. A common mistake is to add an apostrophe and an “s” to make a word plural even when no possession is indicated.  In England this common mistake has a name: It’s called “the Grocer’s Apostrophe.”  To illustrate the point, one of my favorite readers sent in this photo—directly from London!