Need-Blind and Meets-Full-Need Policies Under Strain 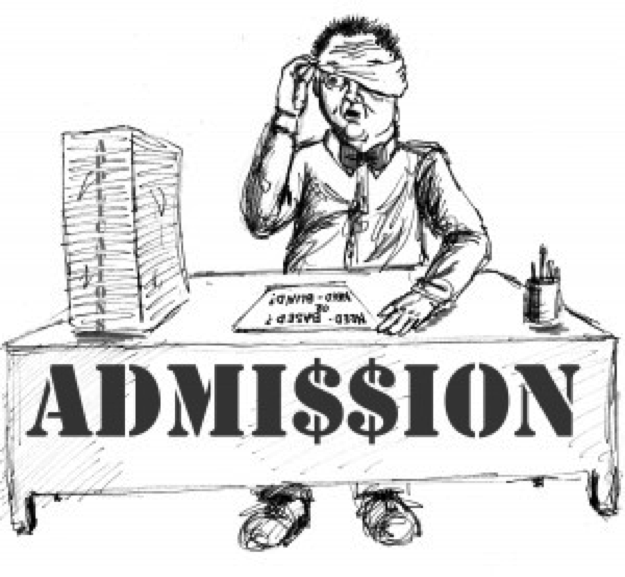 The number of colleges and universities that maintain need-blind admissions policies, while at the same time claiming to meet the full financial need of all admitted students, is continuing to shrink.  According to US News, there are currently about 64 institutions that offer to meet the full financial need of admitted students. However, fewer than 40 of these schools are also practicing need-blind admissions, and the numbers are shrinking.

How did we get here?

Up until the financial crisis of 2008, a larger number of schools practiced these two policies hand in hand—they were able to admit kids regardless of their financial need and also able to offer to meet that full demonstrated need. However, the recession that ensued after 2008 took a big chunk out of the endowments of many of the most generous institutions.  Interestingly, Harvard took the most shocking hit to its endowment. Its endowment dropped by 22%, or $8 billion, in just 4 months back in 2008.  However, its endowment was and is so large- even after the hit, ($32B) that it could still fully fund the cost of attendance for all students that will enroll for the next millennium.  Other schools weren’t so fortunate, and they had to re-evaluate their generous policies. They could no longer afford to remain need-blind in admissions if they were going to meet full demonstrated need of accepted students.

A quick scan of the 40+ most generous colleges, on Statistic Brain, that still claim to be need-blind AND to also meet-full-need shows that they are, not surprisingly, the ones with the biggest endowments. Even more, among those with the largest endowments, only the ones that are spending a modest 3-5% each year out of their endowments can hope to maintain these policies. (Many of these well-endowed colleges typically draw no more than 20% of their financial aid budgets from their endowment.)   So, while there is no sign of retrenchment in need-blind/meets-full-need policies at the handful of wealthiest colleges, many selective colleges that aren’t as rich have been forced to reassess.

The first signs of strain

Prior to 2008, a number of the most generous need blind/meets-full-need colleges practiced “no-loan” policies.  These schools would typically meet a student’s full need by building a financial aid package that included a small student summer earnings requirement and/or a small work study requirement  (typically $2000-$3000,) and the rest of the student’s cost of attendance (COA) was covered by grants from the college.  These schools would not package any loans into the student’s financial aid package.  After the financial crises of 2008, many schools that had previously made “no-loan commitments” (Williams and Dartmouth for example) changed their policies and began including loans in their financial aid awards.

Back in 2009, Reed College gained notoriety for publicly discussing its financial situation and resulting policy changes in an article published in the New York Times.   From 2008-2009, Reed’s endowment dropped by 25%, from $470M to $357M, and their Board of Trustees rejected a plan to dip further into its endowment.  After considering many options, they decided to drop 100 needy students from their admit list in favor of other applicants who could afford to pay full freight.  In so doing, they became, “need aware.”  Their admissions decisions were no longer independent of an applicant’s financial status.

In 2012 Wesleyan College announced plans to drop its long-practiced policy of need-blind admissions as well, according to Inside Higher Ed. At Wesleyan, financial aid consumes about one-third of their operating budget, more than double its share 15 years ago.  Their endowment, which stood at $652M in 2008, dropped 27% to $477M in 2009 and now stands at $600M.  As a result of financial pressures, for the class entering in the fall of 2013, Wesleyan admitted a majority of the class (about 90 percent) on a need-blind basis, and will take the rest with an eye on ability to pay.  For the bottom 10 percent of the spots in the class, ability to pay is evaluated as part of the admissions decision.

The most recent college to announce impending changes to its need-blind policies is Grinnell.  Ironically, Grinnell, a tiny college of just 1700 students, ranks in the top 50 of all colleges and universities in the US with an endowment size of $1.5B.  However, 90% of its students receive financial aid, and its discount rate of 62% means that students pay, on average, only about 38% of the published cost-of-attendance.  Adding to their woes, nearly 50% of the financial aid budget is financed from its endowment.  Grinnell has vowed to maintain need-blind policies for the next two years only. During this time they will be focused on three things:  (1) curbing the growth of their discount rate (good-bye merit aid) (2) raising loan limits and redefining how they calculate need (3) recruiting a larger number of wealthy students that can pay full cost.

Becoming need-aware allows these schools to still meet the full need of admitted students, but now a student’s financial status could inform their admissions decision.

What does this mean for students??

Many colleges that continue to compete for the strongest students offer deep tuition discounts (also called merit aid) to attract them.   Among these schools, those without significant endowments, or those that pull significant funds from their endowments each year, will struggle to maintain need-blind admissions policies.  For most of the schools in this situation, the first steps to shore up their financial aid budgets will be to become “need aware.”  This could mean bad news for the last 10% or so of students they admit—who will now be denied in favor of full pay students.  For needy students with strong records that put them in the upper part of the applicant pool, need-aware admissions should not be a factor. Yet for the students at the lower end of the admit pool, their financial need could impact their admissions decision.  It’s a good idea to call the schools’ admissions and financial aid offices to ask them to clarify their specific policies so that you can better gauge your admissibility.

Some schools also save money by meeting less than the full demonstrated need of students.   Often it’s the students who were last to be admitted who suffer from not having their full-need met.  So if you are looking to get your financial need met, and if you are applying to schools who do not meet full need, then you should be aware that you are more likely to have your need met at schools where you excel in the applicant pool. As you put together your list of “financial fit” schools, make sure that if you are applying to schools that practice “need aware” policies or that don’t meet full need, that you are a strong candidate for these schools.  In considering the 40ish schools that still claim to meet-full-need and practice need-blind admissions policies, be aware as that list continues to shrink.   You can always research the details on the % of students that had full need met, and the average % of need met for each student at sites such as the College Navigator and College Data.